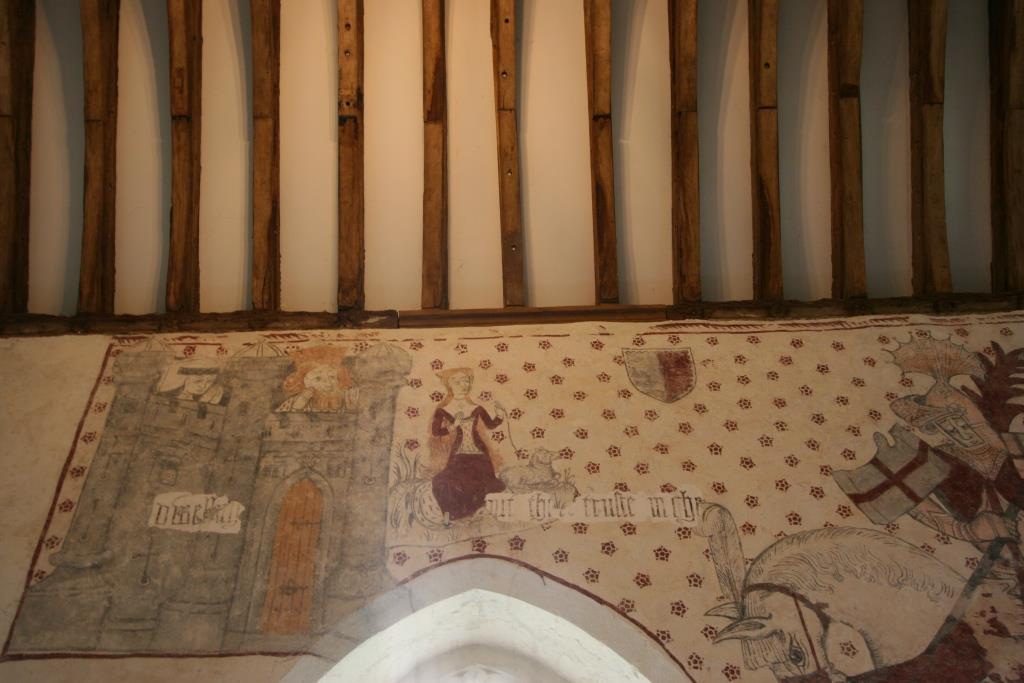 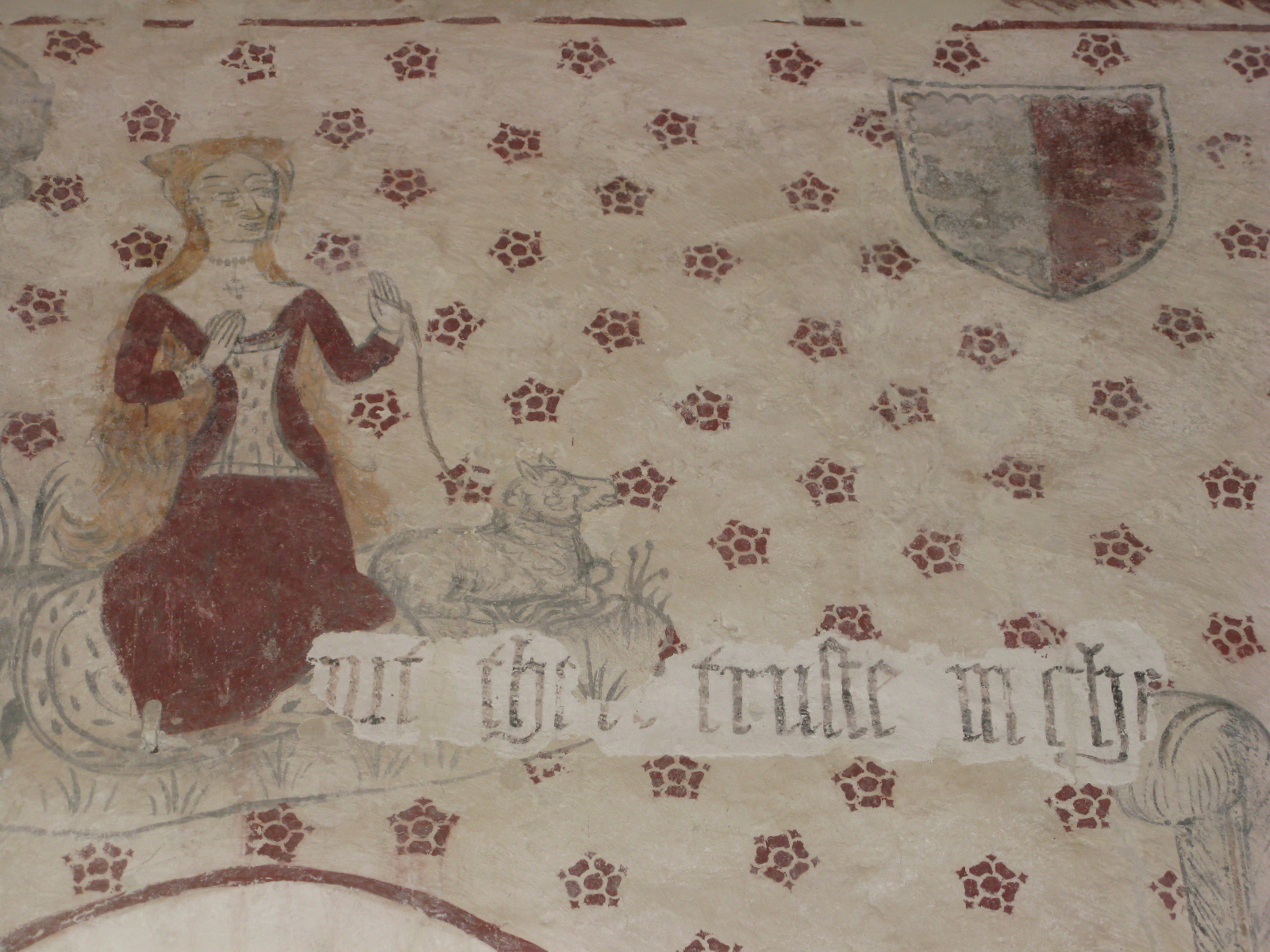 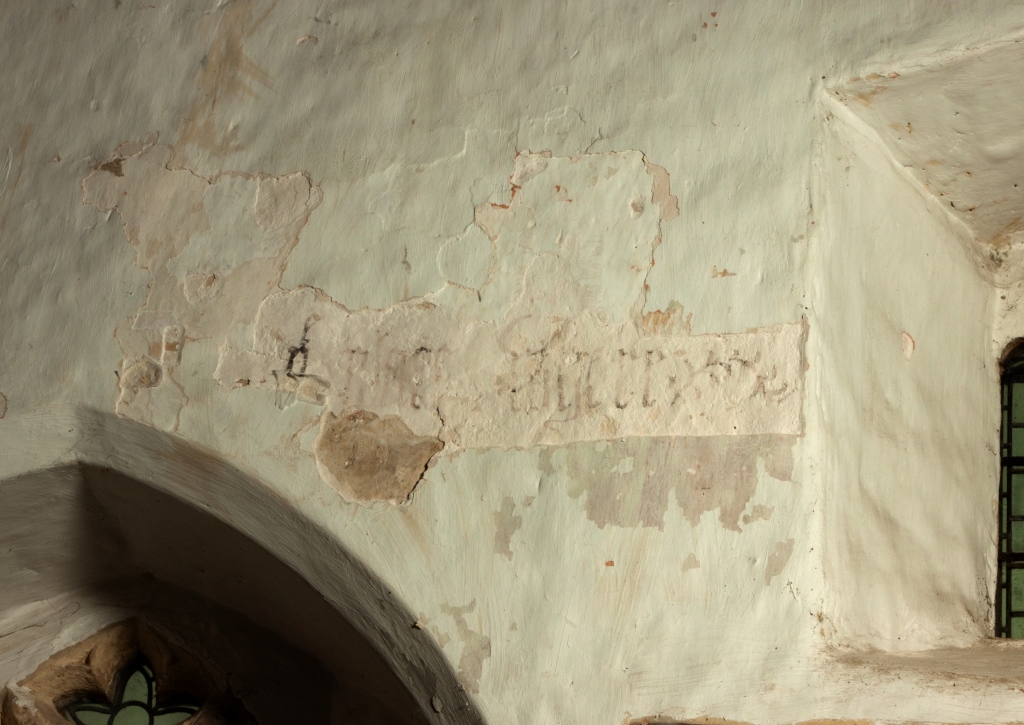 Epic day at Llancarfan yesterday with Christina Welch of Winchester University and Ian Fell. Main purpose of visit was to look in detail at the cadaver in Death and the Gallant but I also photographed the post-Reformation texts. Here’s Ian’s photo of the whole wall 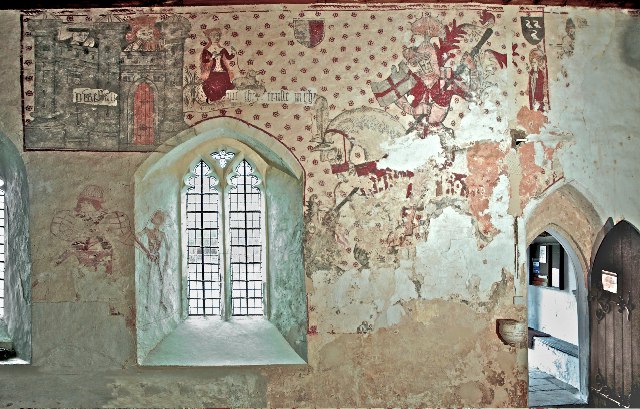 and here are the 2 texts in detail 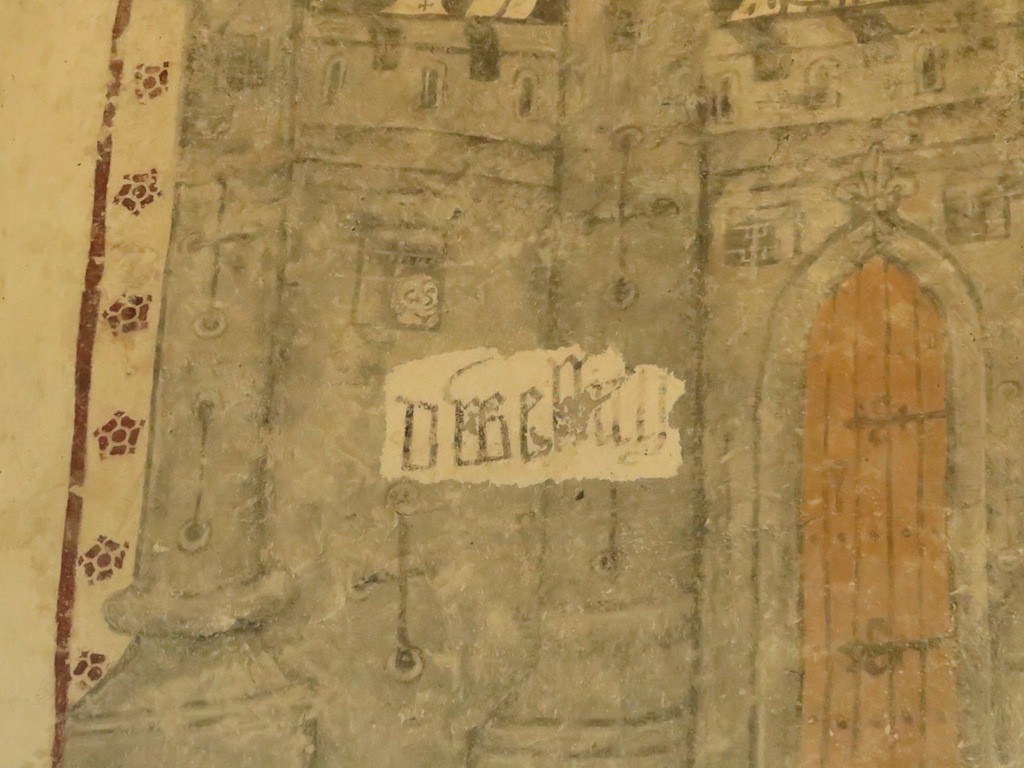 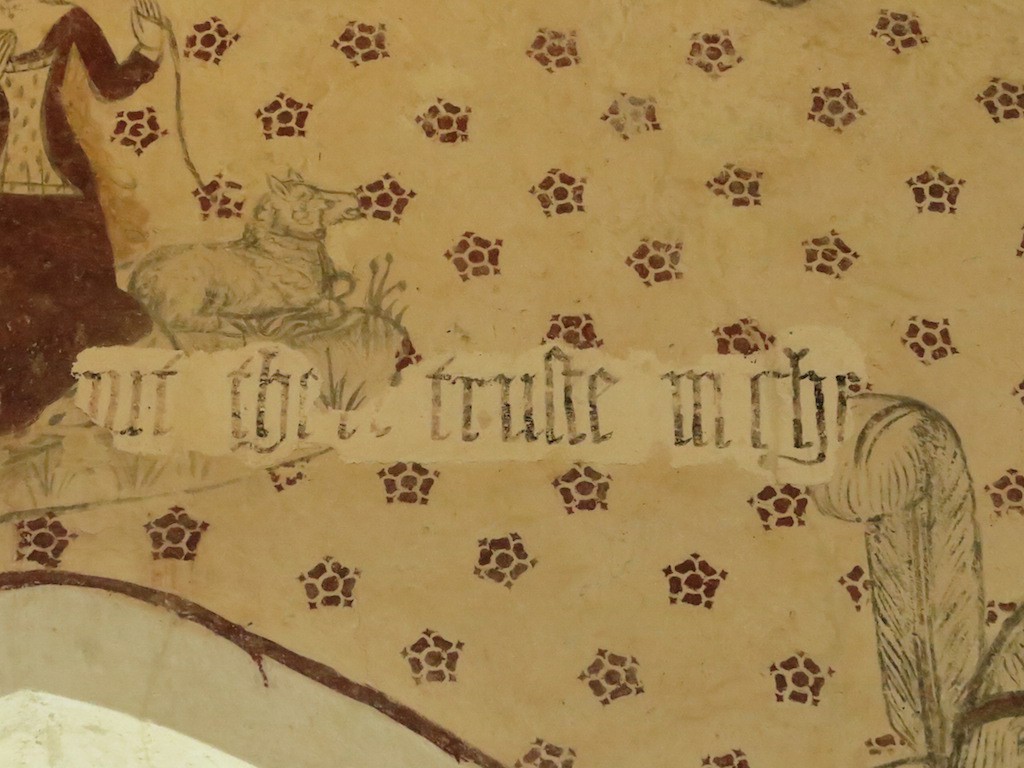 There’s also an 18th century Apostles’ Creed, very difficult to photograph because it’s between 2 windows on a nice sunny day 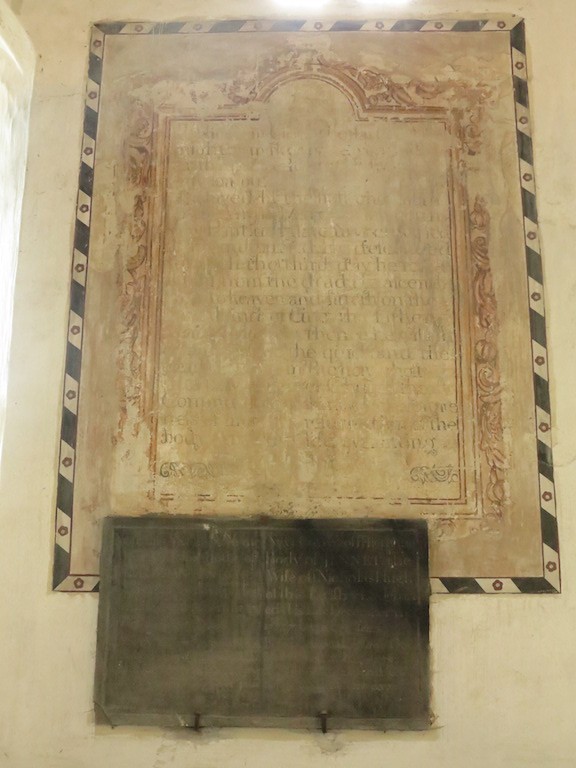 and detail of the base 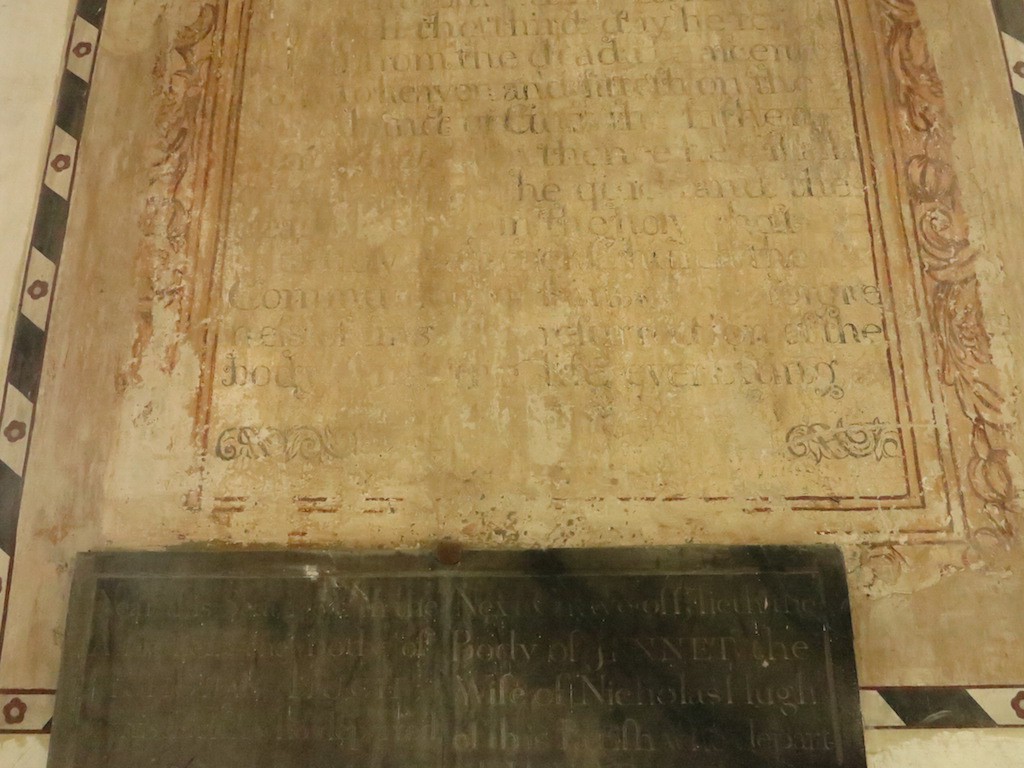 More on the cadaver later.